Finally it’s there! the new office, Microsoft Office 2013, is now ready for download. We’re talking about the Customer Preview. While Office 2013 is still in development, customers can already “taste” a bit of Office in the new way.

The new version of Microsoft Lync, Microsoft Lync 2013, is also part of this new Office release. In fact, even a public beta of the server release can be downloaded: here. Of course all my information comes from this public beta 🙂

And please be aware that it is still beta; functionalities may be removed or changed upon its way to the public release.

In other words, Microsoft does it again to upgrade it’s communication platform, now being a full PBX replacement if it wasn’t already. The new routing capabilities are making it possible to use Lync as a PBX and deliver calls not only over a SIP trunk to the PSTN network, but also “back” to another PBX. Previously, in such co-existence scenario’s, a media gateway in any form was needed  – with 2013, Lync can handle this on its own. Together with all other benefits this might make Lync to the ultimate communication solution. And then we didn’t talk about the integration with all other office products yet. Mark my words: Office 2013 in it’s complete form will be the best office experience since history! 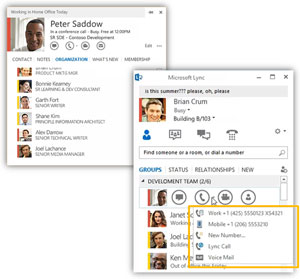 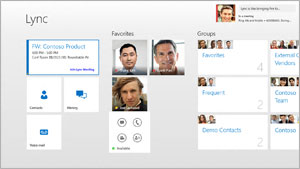